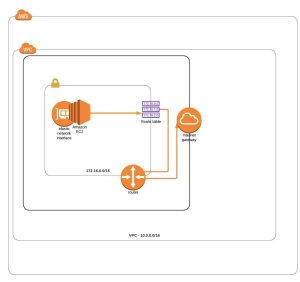 In the previous blog, I mentioned how VPC Router is responsible for routing packets within VPC subnets. But in case you want to send the packet outside the VPC. This is where you need an Internet Gateway.

Internet Gateway can be thought of as a translator translating Private IP to Public IP. It sits edge of VPC and gives resources access to the public internet.

NOTE: Internet gateway is created in a specific region and can only be attached in that region and to only one VPC.

That’s the main work of IGW. It provides translation for ingress and egress traffic from the internet to any private resources space in your VPCs.

NOTE: IGW only works if you have

Not a member yet? Register now

Are you a member? Login now